You are here: Home / Archives for 2015 Mardis Gras

Our stores are overflowing with the goodness of King Cake and this year it seems we can find menagerie of King Cake flavors and styles, including Bouudin! The King Cake has evolved from its humble roots, inspiring a plethora of savory foods, sweets and treats… making this the ultimate Mardi Gras food! Below we are featuring our favorites from Mardi Gras 2015! 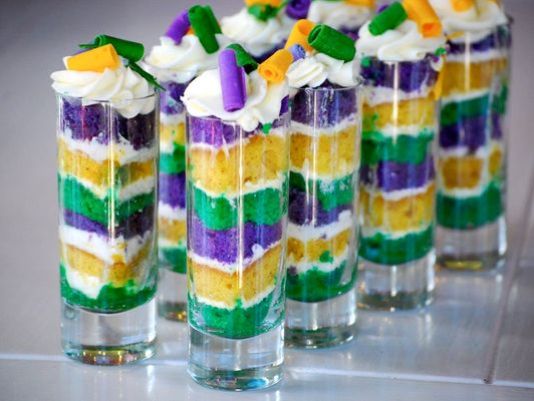 The King Cake parfait can be found at Dessert Lounge. (Photo: Indulge Desserts) 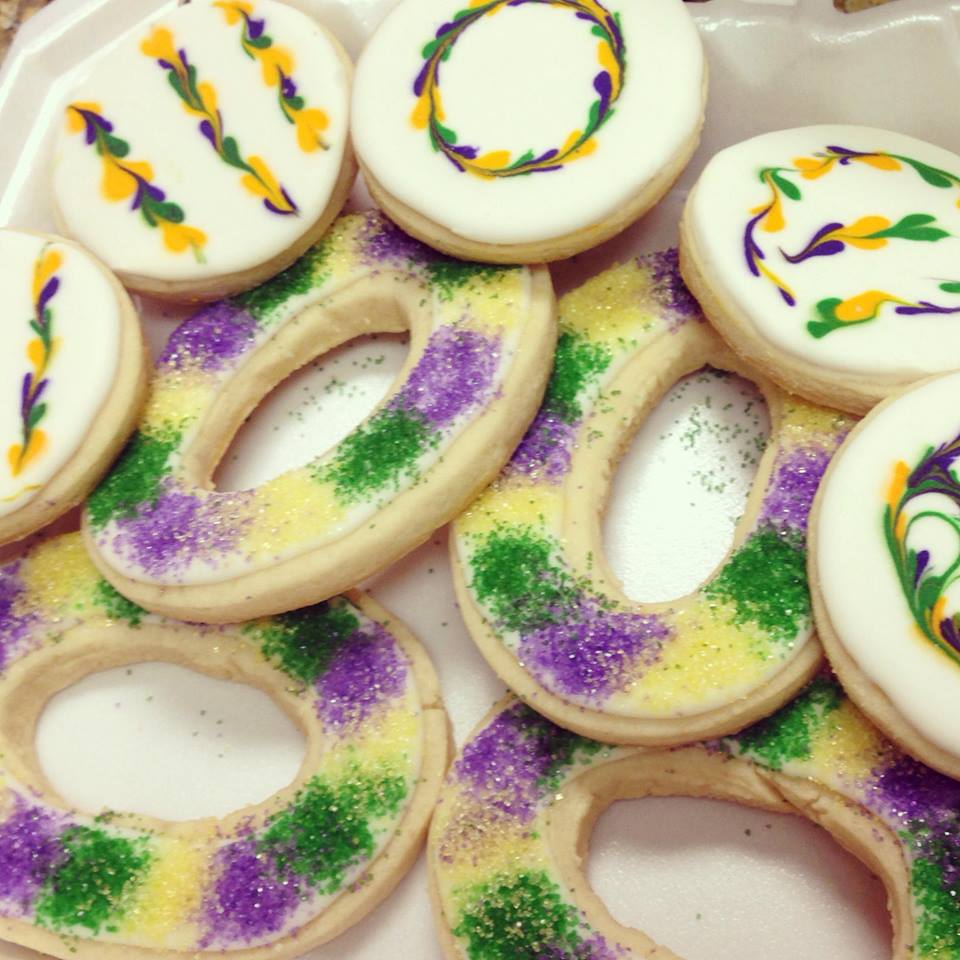 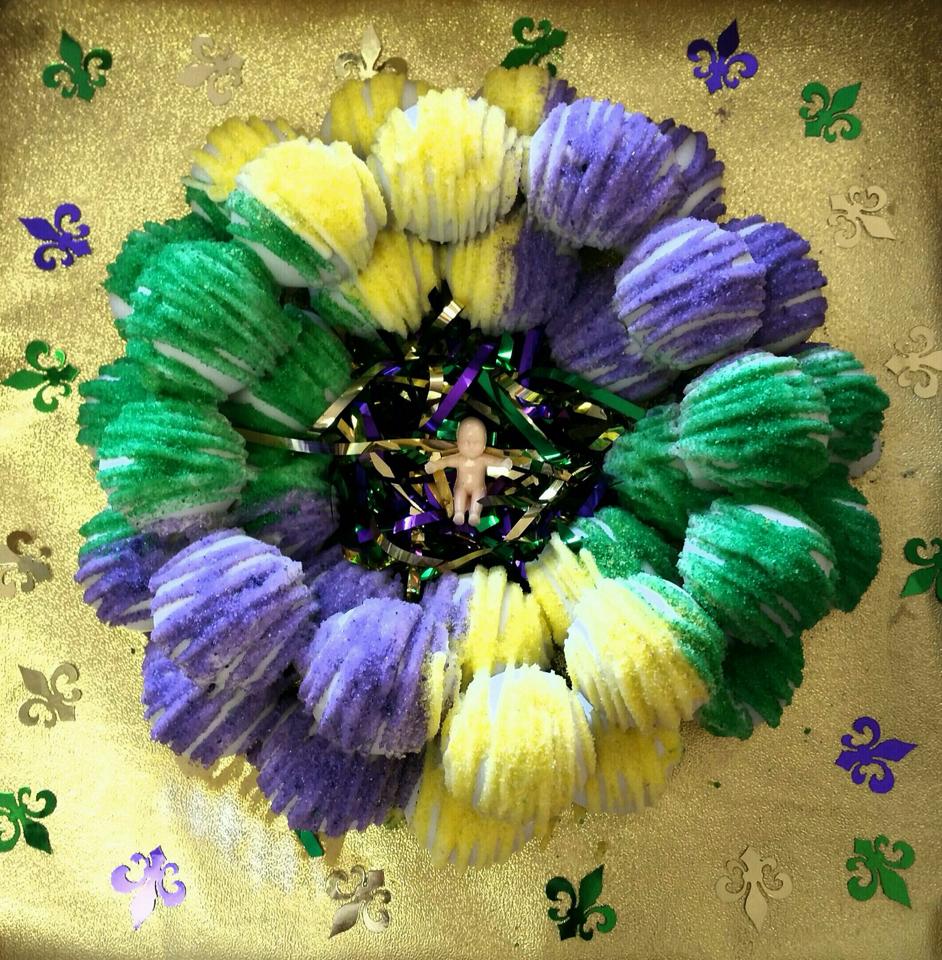 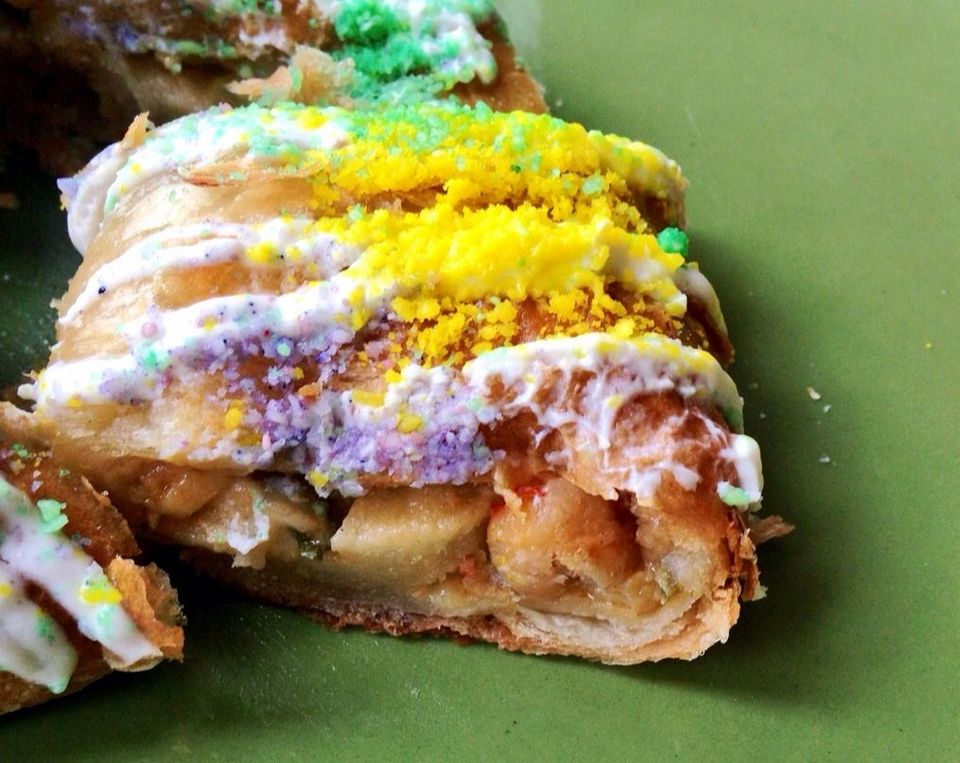 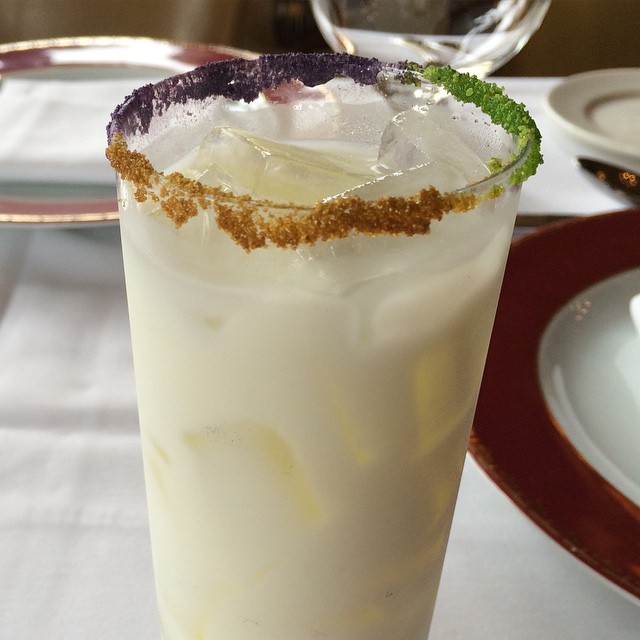 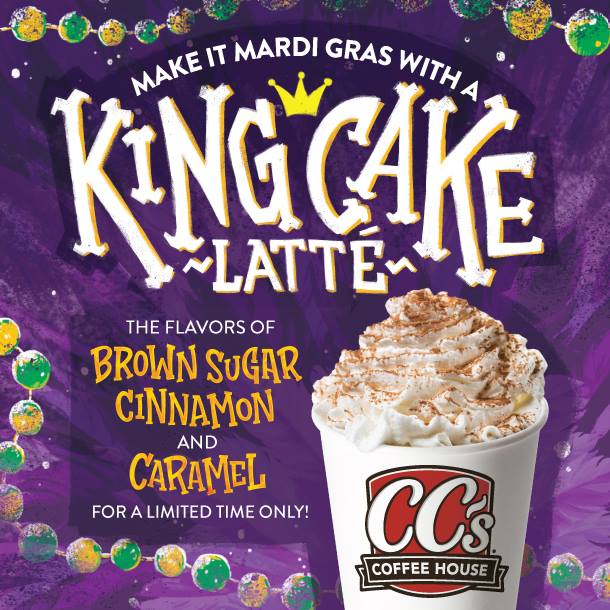 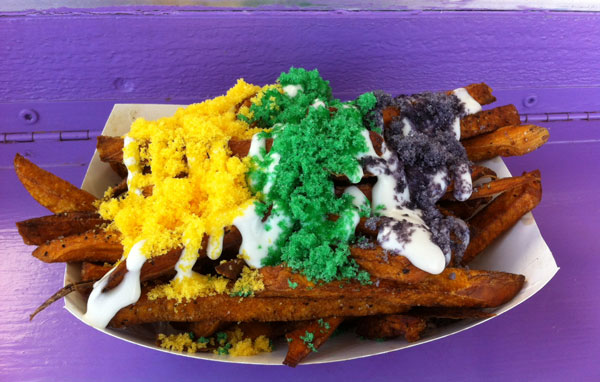 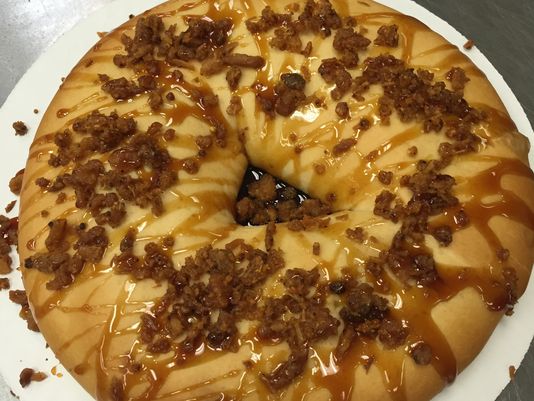 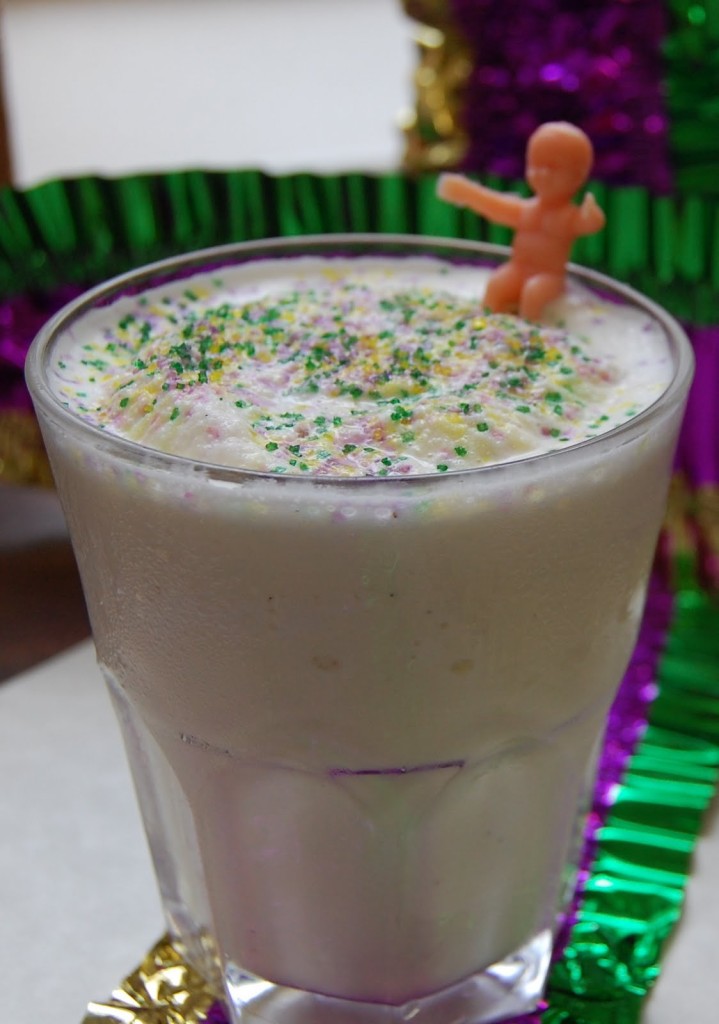 If the above doesn’t have your mouth watering or at least feeling a virtual sugar rush…nothing will! Enjoy the last days of the Mardi Gras season and go get you some King Cake before it’s too late!

Here is a Baton Rouge King Cake Guide: Interact with a video map to find your Mardi Gras fix! 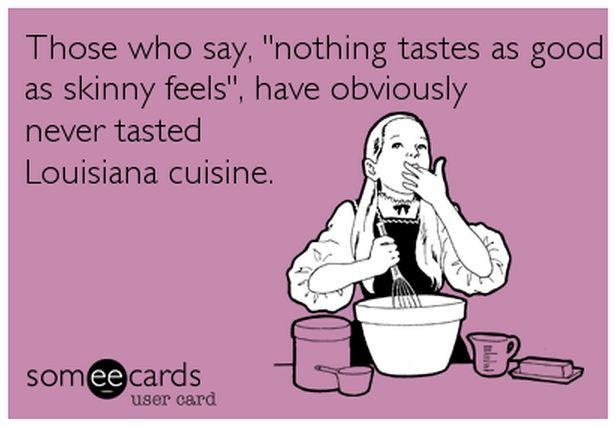 Contrary to popular belief, Mardi Gras can be family-friendly. The festival seems like it was made for children, with floats derived from the depths of the most ingenious imaginations, costumes and masks that express an unending creativity, bold colors and joyous music abounds through parades. And, most importantly, the beads, doubloons and other treats thrown to the crowds from the floats are a child’s delight. 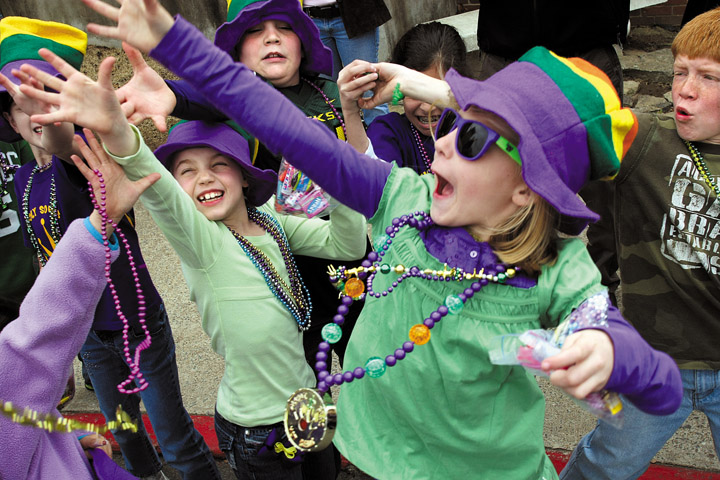 KREWE OF JUPITER and JUNO will not parade this year.

The Krewe of Artemis 13th Annual Mardi Gras Parade will roll through the streets of downtown Baton Rouge on Friday, February 6th at 7 p.m. Parade begins and ends at the corner of Government Street and St. Philip Street.

The Goddess Artemis was known as the “Mistress of Animals” and the protector of children. The Krewe features a full length New Orleans style night parade and promises an evening of fun for all ages. Join the excited revelers as they line the parade route… Artemis style! Revelers will be treated with themed throws, including the Krewe of Artemis’ signature high heeled shoe, along with footballs, tambourines, stuffed animals, float beads and lighted throws.

The Krewe of Mystique de la Capitale welcomes you to the 2015 Mardi Gras Parade as they celebrate 38 years of parading in Louisiana’s capital city. We are the city’s oldest parading Mardi Gras Krewe and we’ve shared 38 wonderful years of carnival fun in Baton Rouge. The parade is family oriented and promises fun for all ages. The parade consists of marching bands, 12 to 14 floats that represent the Krewe along with many local businesses, and charitable organizations.

The Krewe of Orion’s 16th annual Mardi Gras parade will roll through downtown Baton Rouge on Saturday, February 7th, at 6:30 p.m. This family-oriented parade begins and ends at the corner of Government Street and St. Philip Street. Parade goers will be treated to a lineup of exciting, colorful traditional lighted and tractor-pulled floats. Rollin’ with the theme of “Heroes and Villains,” each float will be decorated to depict its well known theme. Masked and costumed riders will throw plenty of Orion parade theme medallions, footballs, cups, plush animals, swords, doubloons, lighted throws, and beads. Marching bands, as well as riding and marching units will be among the great sights and sounds at this wonderful parade.

This parade is Baton Rouge’s family-friendly evening parade that rolls through the Southdowns Neighborhood the Friday before Mardi Gras each year.

31st Annual Krewe of Good Friends of the Oaks

The 31st annual Krewe of Good Friends of the Oaks Mardi Gras parade will begin and end at the corner of the LA-1 Service Road and Oaks Avenue. Sunday, February 15 at 1:00pm. Laissez les bon temps rouler!

This celebration of carnival and family takes place on the neutral ground of Veterans Memorial Boulevard across from Lakeside Shopping Center in Metairie, Louisiana.

Entertainment for 2015 Family Gras includes Cowboy Mouth, Amanda Shaw, former Journey member Steve Augeri, former members of the Electric Light Orchestra, Courtney Cole, Blood Sweat & Tears, Wilson Phillips and Montgomery Gentry. Local and regional artists set up in the Art Market, where you can buy their work throughout the whole festival.  Flambeau Food Court vendors will be there cooking up Louisiana favorites, like jambalaya, crawfish pasta, muffulettas, pizza and gator-on-a-stick. There will also be local goodies like bread pudding and king cake.

If you are new to Baton Rouge  and or Louisiana, the only place you should avoid with kids is the French Quarter. It’s best to see the parades when they begin on St. Charles Avenue near Napoleon, since parades can go on well into the night by the end of the parade route. The Garden District are of St. Charles is also family area where you will see many families enjoying the day and planting themselves to see the parades.

The Sunday before Mardi Gras is particularly family oriented, with Thoth parading down Magazine Street and Bacchus rolling later in the afternoon.

The Krewe of Barkus is a delightful dog parade that rolls the Sunday prior to Thoth. It begins in Congo Square and parades through the French Quarter and is remarkable fun for children of any age.

On Fat Tuesday, visitors are encouraged to join the local tradition of masking. Zulu, an African American parade, leads the long day of parades on Fat Tuesday, Mardi Gras itself. Children scramble for the much desired coconuts handed down by float riders. 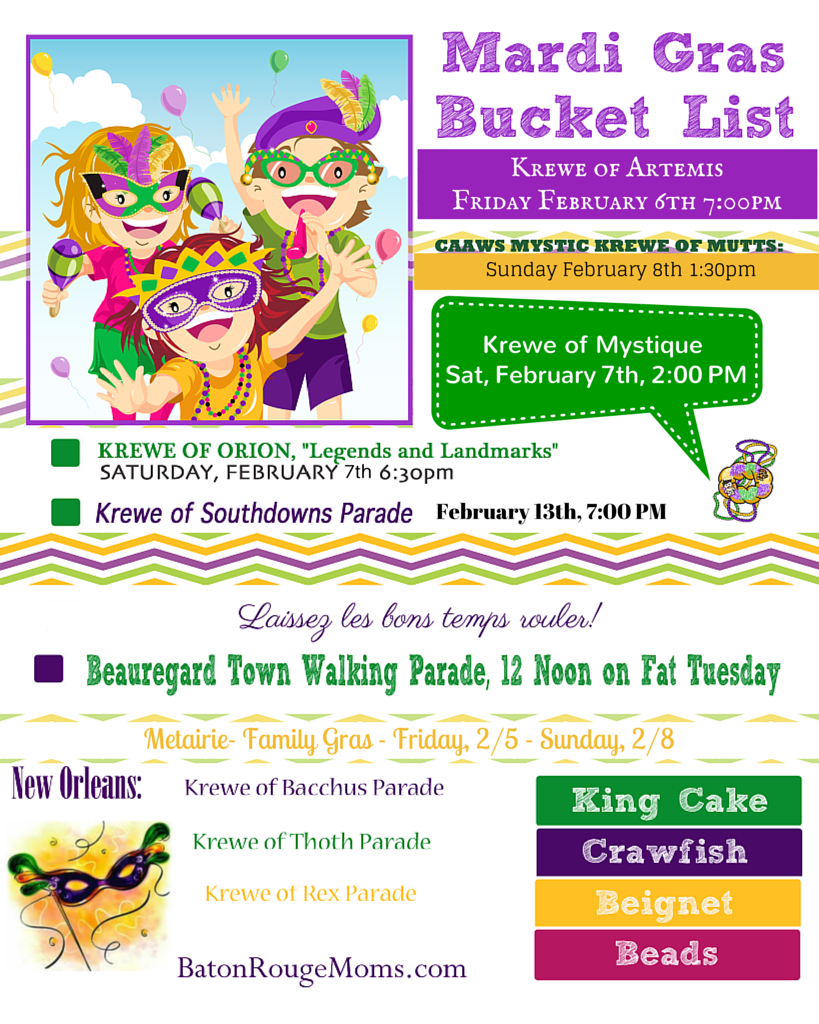