You are here: Home / Archives for mardi gras kids

Bright colored beads thrown from Mardi Gras parades have been the sought-after prize for children and adults alike for decades in Louisiana.  But are there hidden dangers that we should be concerned about in these traditional beads? Unfortunately, Mardi Gras beads and many throws are dumping grounds for toxic waste and heavy metals, which pose severe health risks to those who wear or handle them according to researchers. 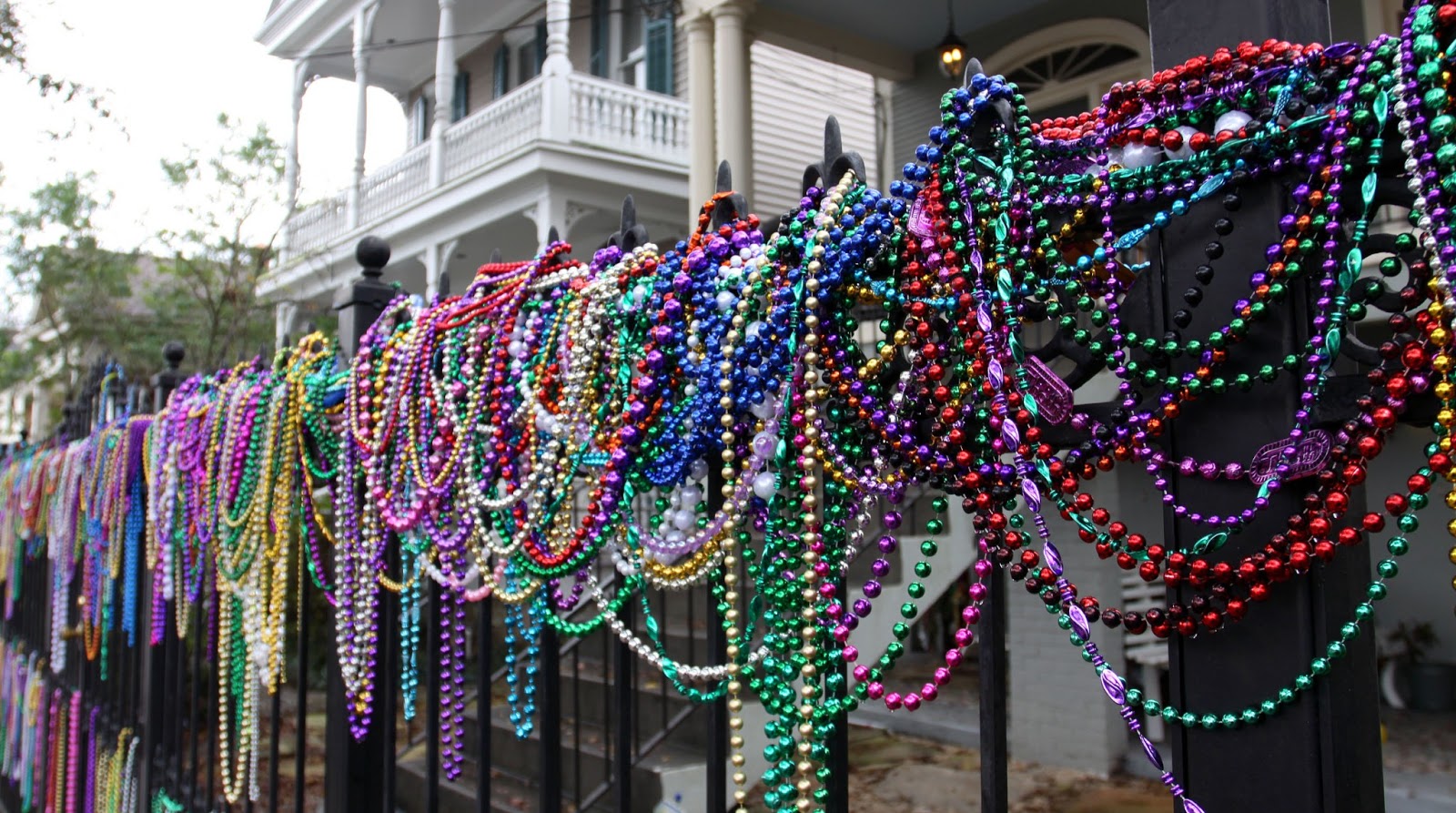 Several studies, including a study published by Ecology Center in Ann Arbor, MI in collaboration with VerdiGras, identified dangerous levels of lead, other toxic metals and toxic flame retardants in the strings of beads they’ve tested. The Ecology Center tested 87 previously used Mardi Gras beads for substances that have been linked to asthma, birth defects, learning disabilities, reproductive problems, liver toxicity and cancer.

“Over 60% of the products tested (56 of 87) had concentrations of lead above 100 ppm,” the report reads. “For assessment purposes, the U.S. ConsumerProduct Safety Commission (CPSC) limits lead in children’s product(s) to 100 ppm. The highest amount of lead detected was 29,864 ppm in a green, round bead necklace.”

“Unfortunately, a gaping hole in our regulatory system makes it perfectly legal for these products to be sold,” said Jeff Gearhart, principle researcher on the study and research director of the Ecology Center.

“Do not allow children (or adults) to put beads in their mouths.
Wash your hands after handling the beads.
Bring baby wipes to the parade to wipe children’s hands after catching and playing with beads and before eating.
Wash the beads that have been caught, especially if they were lying on the ground.
Recycle the beads.
Never burn the beads and do not store them in sunlight.
People who regularly handle beads should wear gloves.”

High levels of lead can cause poisoning, which in children can lead to brain damage, stunted development and reduced attention span. It also can cause reproductive problems and impaired fetal development, among other problems.

“It’s disturbing to see products as enticing to children as Mardi Gras and holiday beads containing such high amounts of lead,” said Howard W. Mielke, PhD, a professor at Tulane University School of Medicine who worked on the study. “The only way to reduce a child’s exposure to lead and other toxicants is through prevention, yet children love these beads and often put them in their mouths.”

More on the beads made in China – http://blog.nola.com/tpmoney/2008/01/chinesemade_mardi_gras_beads_g.html