You are here: Home / Archives for BREC Parks

There’s a chill in the air—that can only be explained by science at Spooky Sensation – Highland Road Park Observatory. Come join us for a marshmallow roast with eerie true-life STEM stories, a scavenger hunt game to earn wicked prizes, physical science demos that will make you scream, and more.

Attendees can enjoy views of the Sun and all five outer planets: Mars, Jupiter, Saturn, Uranus, and Neptune. Activities will include the Twilight Deepening, Magnitude Stepdown, Scope-on-a-Rope, and a brief discussion of the mysterious X-37B spaceplane. Other celestial targets include the Pleiades Star Cluster, the double star Albireo, the Job’s Coffin asterism, and the Andromeda Galaxy.

Due to Phase 3 restrictions, there is a maximum of fifty patrons at one time on-site at HRPO. Because of this, patrons who have been on-site longer than thirty minutes may have their ticket numbers called and be asked to leave. Therefore, please choose your arrival time carefully based on the time spans of all the activities. 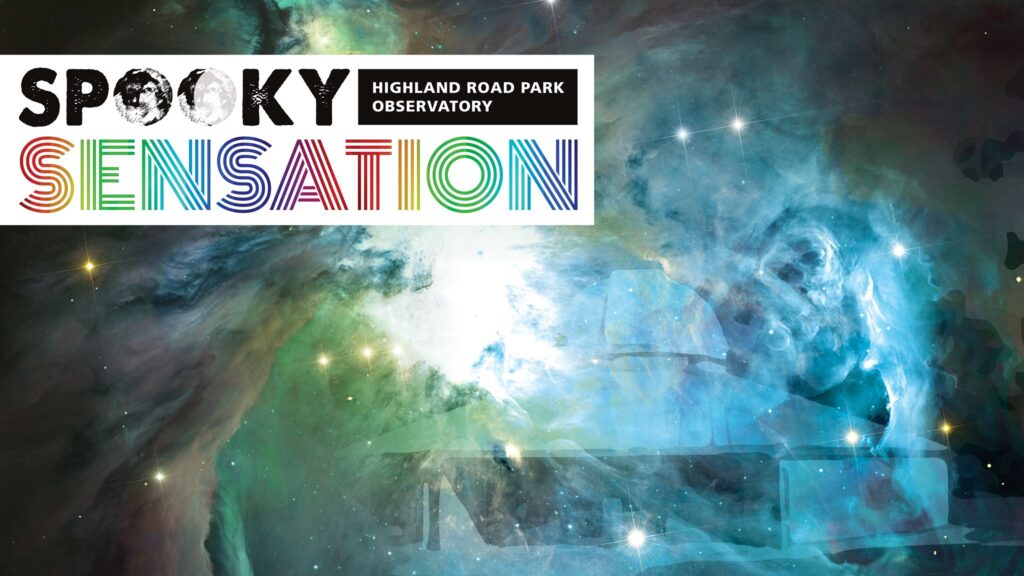 4:15-6:15 p.m. – “Superflare” The author of the most timely Louisiana novel in recent memory, Lisa Calhoun, will be on site to discuss the possibility of CMEs, EMPs and how families can survive and protect themselves in times of civil emergency or duress. [Cost $30.00 per copy]

4:15-6:45 p.m. – Train Like an Astronaut = Seven challenging physical demands await those courageous and savvy enough to think they have what it takes to go into Earth orbit and beyond.

4:45 p.m. – Rocket Range Bid and Launch #1 = The first Quest Viper will be launched by and then given to the lucky top bidder.

4:45-6:45 p.m. – Baton Rouge Zoo = Well, our counterparts from BRZ are keeping secret which animals they are bringing.

5-7 p.m. – Payload Bay (daytime cargo) = The new donation reward function at HRPO will yield a plethora of nice prizes and “orbital debris” for those who finish their task sheets first!

5:30 p.m. – Rocket Range Bid and Launch #2 = The second Quest Viper will be launched by and then given to the lucky top bidder.

6:00 p.m. – Alienology Arrivals = The legendary 2010 spoof hardcover has “Professor Alan Grey” describe all the aliens known, explain how to spot them on Earth, etc.

6:15 p.m. – Rocket Range Bid and Launch #3 = The third Quest Viper will be launched by and then given to the lucky top bidder.

7:00pm to 9:00pm – Physical Science Demonstrations = This weekend’s selections include the Asteroid Spinning Wheel, the Mirage, the Distance Doodler and a spectrum source!

7:30- 9:30 p.m. – Payload Bay (nighttime cargo) = The new donation reward function at HRPO will yield a plethora of nice prizes and “orbital debris” for those who finish their task sheets first!

9:00 p.m. – Annual Raffle Drawing = Get your ticket anytime (or any day) before the drawing for your chance to win a telescope, a tabletop scope or a binocular! [Cost $5 per ticket; must be eighteen or older.

7-10 p.m. – OBJECT: Jupiter
The largest planet has an extremely intense magnetic field and is currently being investigated by the Juno spacecraft. (4.9 astronomical units / magnitude -2.3)

7:30-10 p.m. – OBJECT: Saturn
The ringed beauty will be seen. Try to spy the Cassini Division, the largest gap in the planet’s ring system. (9.7 astronomical units / magnitude 0.5)

7:57-8 p.m. – EVENT: Visible Pass of an H-IIA Rocket Body
Part of a Japanese launch system, this piece of space junk should be visible under the correct conditions. Here’s to hoping we have them. (distance 534 kilometers / magnitude 1.7)

8-8:15 p.m. – ACTIVITY: The Magnitude Scale
HRPO personnel will explain what the magnitude scale is, and then will ultilize the stars Vega, Fomalhaut, Polaris and Albireo to illustrate how dim stars get as one progresses down the ladder of the scale. (distances 25, 25, 431 and 385 light-years respectively / magnitudes 0.0, 1.1, 2.0 and 3.2 respectively)

8-10 p.m. – EVENT: Ganymede Transits in Front of Jupiter
The largest moon in the Solar System must have known about this night’s celebration. It will give a memorable show by orbiting in front of its parent planet. (Ganymede magnitude 4.9)

8:15-8:30 p.m – STORY: Great Square of Pegasus
As Pegasus the Winged Horse rises in the east, you’ll hear a story recounted about this majestic mythological creature. (distance of four corners 97 to 335 light-years / magnitudes of four corners 2.0 to 2.8)

8:15-9 p.m. – OBJECT: The Andromeda Galaxy (Messier 31)
The closest spiral to our own Milky Way is rising high while twilight is ending. Sadly, the local light pollution only allows a view of the galaxy’s core. (distance 2 million light-years / magnitude 4.5)

8:40-8:46 p.m. – EVENT: Visible Pass of the Cosmos 2082 Rocket
The Cosmos series of satellites followed the USSR’s Sputniks. This rocket body has been orbiting for over three decades. (distance 844 kilometers / magnitude 2.0)

8:45-9 p.m. – STORY: Job’s Coffin
The constellation Delphinus the Dolphin harbors the traditional tales of Greek wonder about the mammals of the sea—though the origin of the asterism’s creepy name is lost to the ages. (distances of four corners 98 to 241 light-years / magnitudes of four corners 3.6 to 4.4)

8:45-9:15 p.m. – OBJECT: The Moth Cluster (Melotte 232)
If at this point you’ve had enough of creepy crawlies, try a flying creepy. This object will require a little patience to allow your eyes to adjust to the dim glow of the cluster. (distance ~2500 light-years / magnitude 6.3)

8:45-10 p.m. – OBJECT: Mars
Mars is currently the closest it will be to the Earth for the next thirteen years. If the sky is steady and crisp, and your eyes sharp, you may see a polar cap and contrasting surface colors. (distance 62 million kilometers / magnitude -2.5)

9:45-10 p.m. – OBJECT: The Demon Star
The Spooky Sensation closes with the rising of evil. At least that’s what the Ancients thought. Algol was the first eclipsing binary discovered; a companion star periodically blocks some of its light. (magnitude ?? ; It can range from 2.1 to 3.4 ; What do you think it is?)
➞All viewing is weather permitting. Visible pass predictions are almost certain to have slight alterations come 3 October.
➞Remember: the lower the magnitude number, the brighter the object.
➞Binocular checkout from HRPO front desk will be available, but there are a limited number. We strongly encourage visitors to bring binoculars. 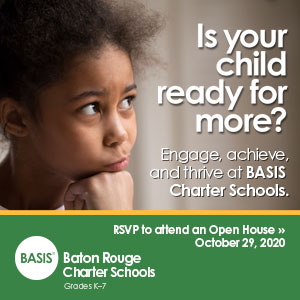 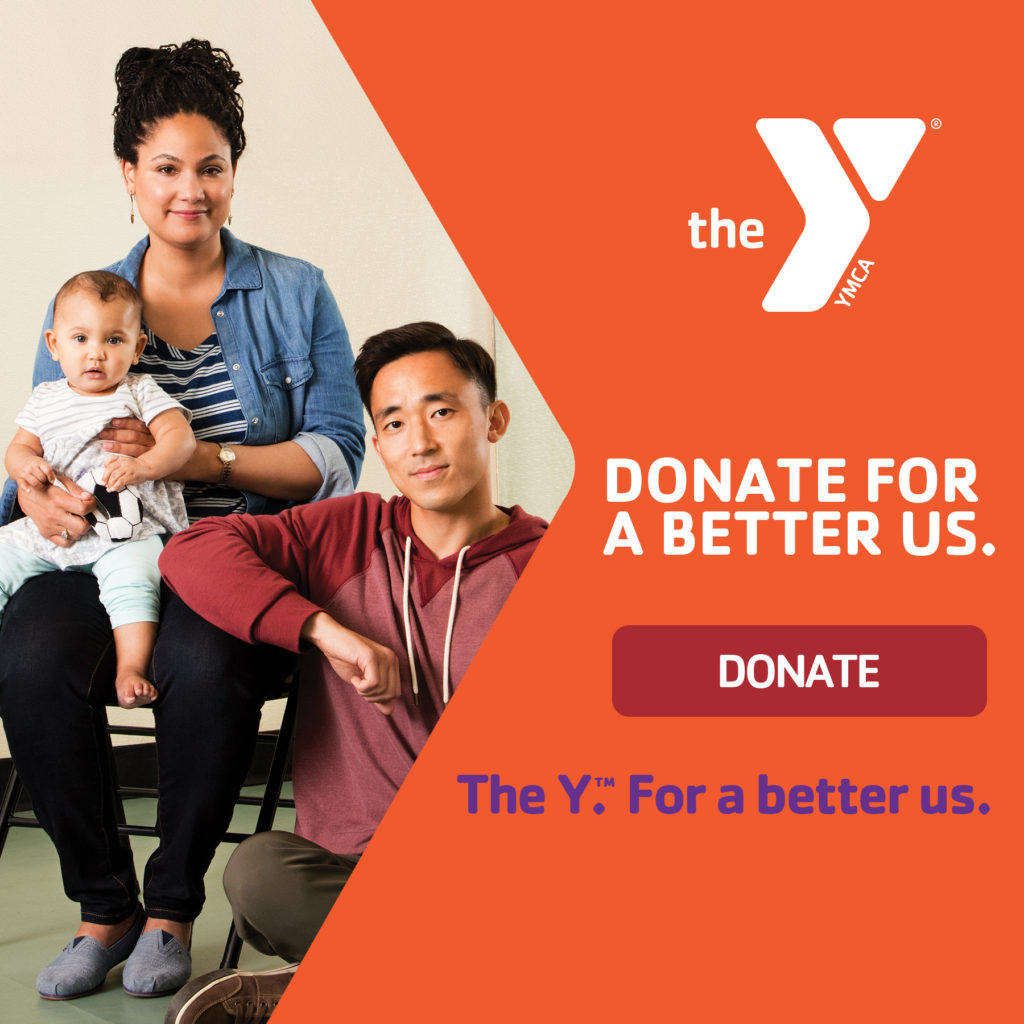 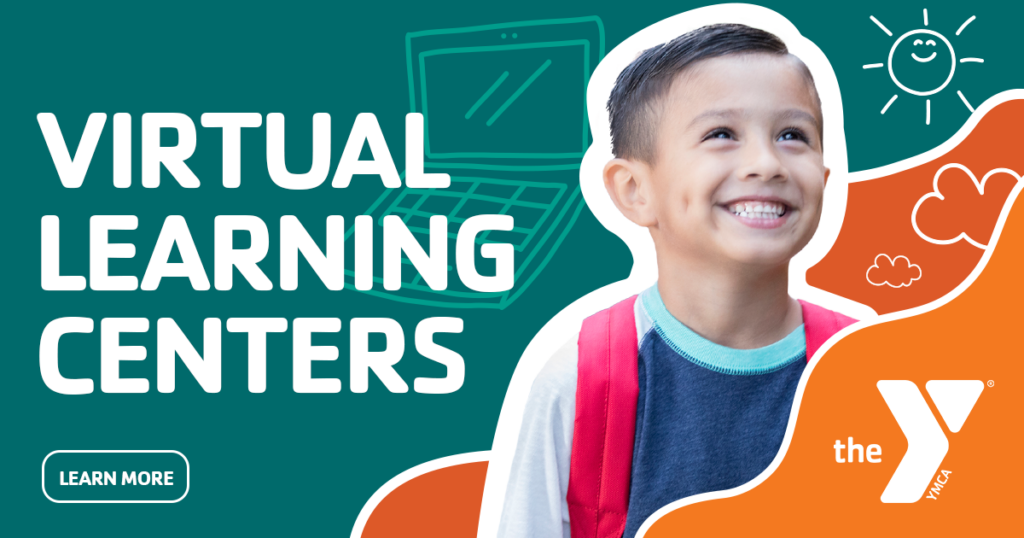 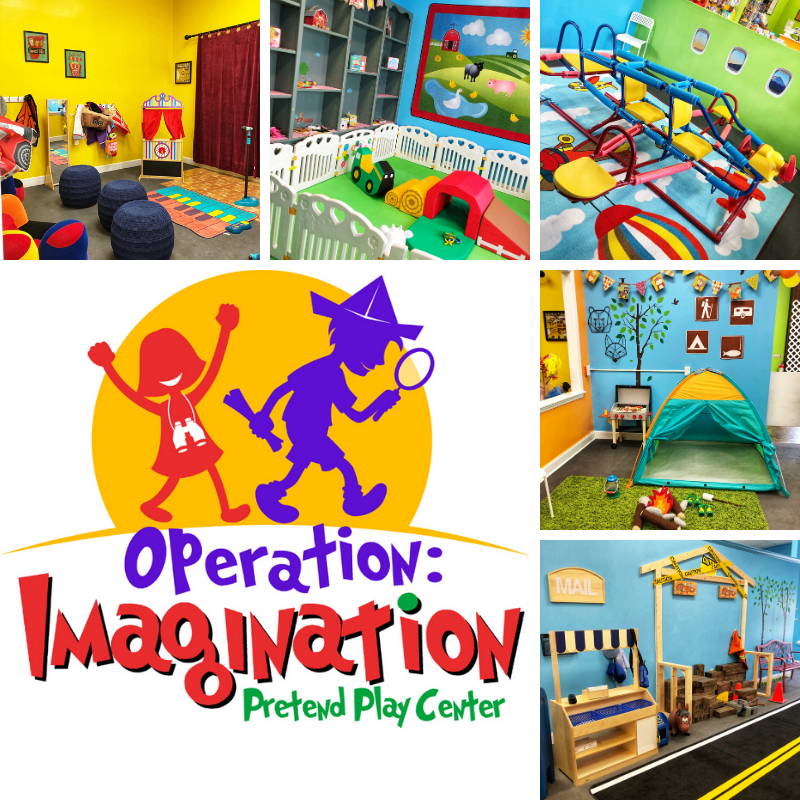 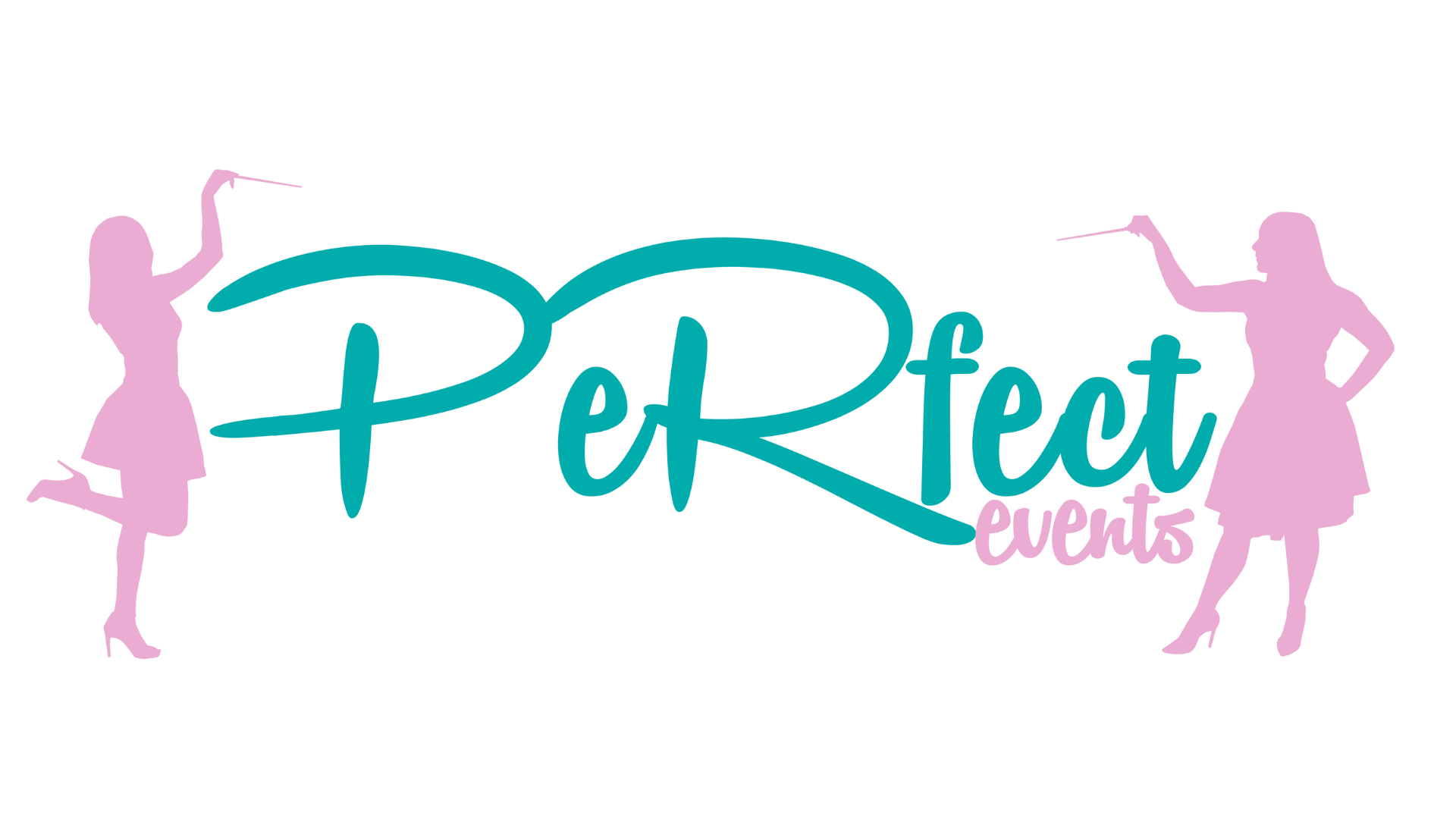 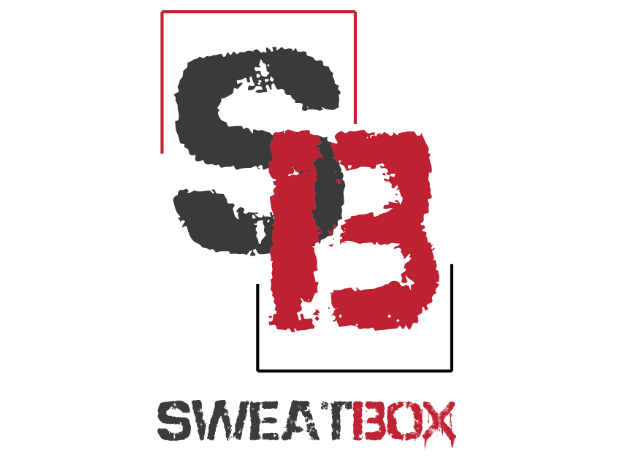 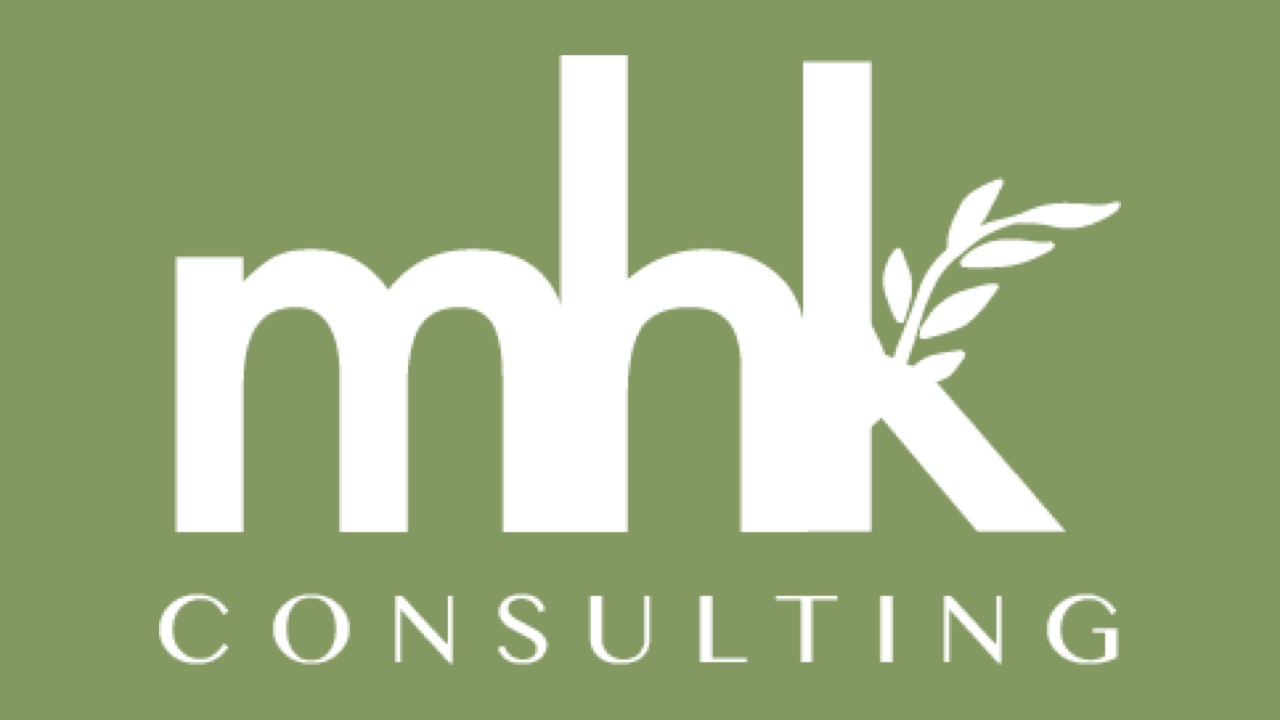